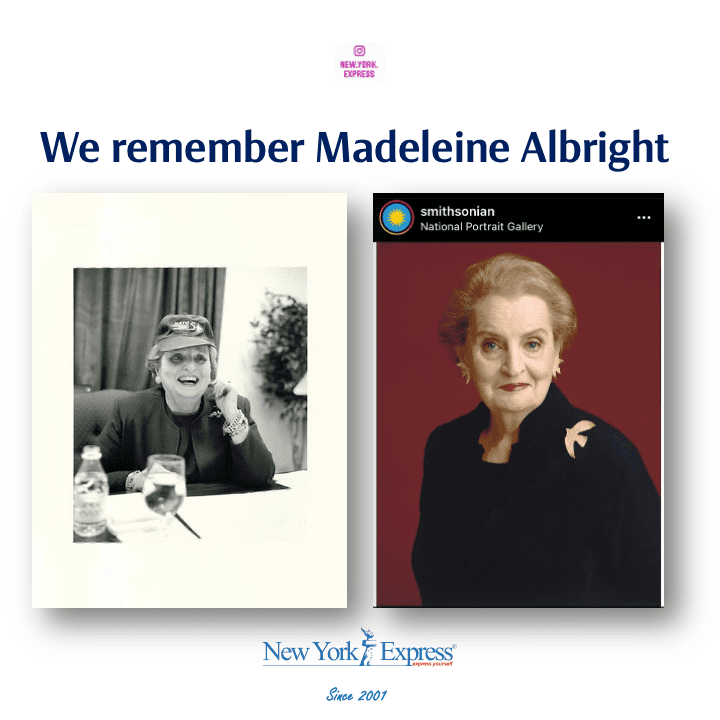 Today we remember Madeleine Albright, a refugee at the age of three from the former Checkslovakia republic taken by the Nazi Regime. Graduated in Political Science and PhD ‘with honors’ in Public Law, she became the highest-ranking  woman in the history of the United States government when she was sworn in as Secretary of State in 1997  by president Bill Clinton.  Albright used her collection of brooches as a form of diplomatic communications, as seen in the pin she wears in this 2005 portrait. She wore the dove-shape brooch while engaging in Middle East Peace negotiations.